to our brand new website. Here you will find everything you need to know about our work to preserve the icon gem that is St Mary's  Church. You can also purchase tickets for our fund raising events, donate or join as a member to help our cause.

This evening we will be joined by the legendary organist David Saint.

David Saint studied the organ with Clifford Hartley, Dr Alan Spedding and Dame Gillian Weir. He was awarded the Royal College of Organists’ Turpin Prize for the FRCO diploma at the age of 20 and was the first organ Scholar to be appointed to Liverpool Metropolitan Cathedral. Since 1978, David has been Organist and Director of Music at St Chad’s Cathedral and until 2015 he was Principal of the Royal Birmingham Conservatoire. Recent recitals include Sankt Wendel Basilika (Germany), St-Eligius Völklingen (Germany), St-Lawrence Dahn (Germany), Frankfurt Dom, St Lawrence Alton, McEwan Hall Edinburgh, Keimyung University (Korea), St George’s Hanover Square, Queens College Oxford, and Blackburn, Leicester, St Edmundsbury and Westminster Cathedrals.

David is a former Trustee and past Chairman of the Royal College of Organists, he was awarded FRSCM in 2012 and Fellowship of Royal Birmingham Conservatoire (FRBC) in 2015. David is Chair of the Incorporated Association of Organists (IAO) and was the 2018-19 President of the incorporated Society of Musicians (ISM)

Tickets for this event can be purchased in our on-line shop or on the door on the night.  Please see our events section for the programme. 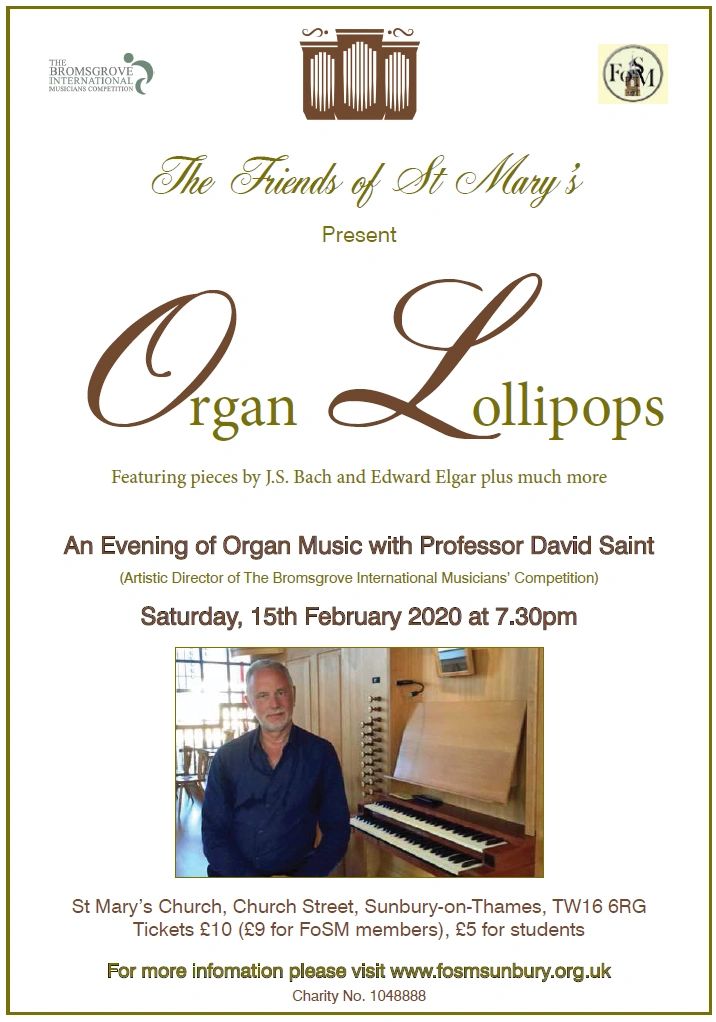 Learn more about our upcoming events, fundraisers, and more!